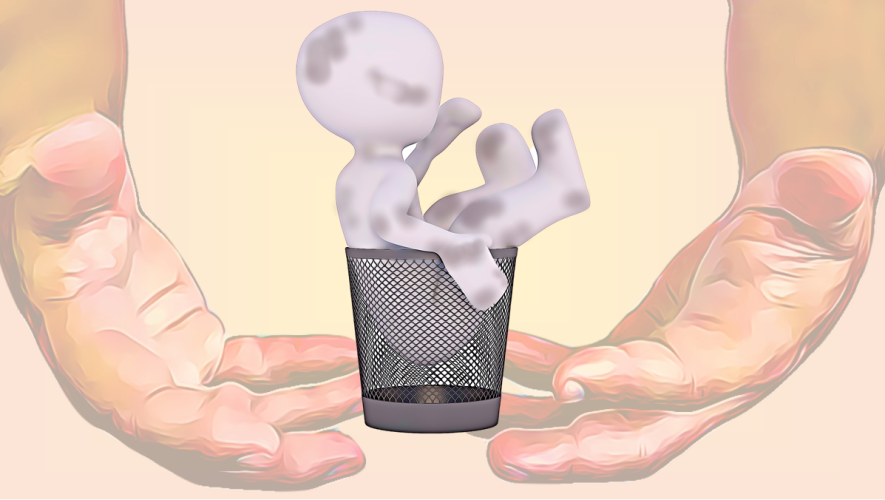 From Faith is Not a Dirty Word

A little while back, I had a bad night. We are talking a complete breakdown with full-body sobs on the bed…an emotional car crash. As I blubbered loudly into my husband’s shoulder (God bless that patient man), I thickly declared myself to be crazy beans. And then garbage beans. And then crazy garbage beans. And that nobody actually likes beans; they’re good protein and all but they’re awful and they’re trash.

I had chuckled through my sobs as I declared myself trash, mimicking Forky and his iconic query—”Trash?”—before he would run headlong toward yet another garbage can. Only, the more I reflected on this, the more I found myself identifying with the story.

You see, I may be trash. But…I was a CREATION. I was MADE with INTENT and with LOVE.

But that little being only saw himself as trash. He could only see the discarded pieces: dirty, spoiled, ugly, and useless. But Bonnie loved Forky! She loved him deeply. And when he wandered off, confused and lost, she was filled with fret and deep lament.

Woody, the classic cowboy toy, immediately plucked Forky out of the garbage and declared him worthy, explaining just how special he was. Despite this, Forky was insistent that he was trash and belonged in the garbage. Yet Woody went to great lengths to prove Forky’s worth. Woody traveled far and wide, making great personal sacrifices to bring Forky home and prove his worthiness…all because Bonnie wrote her name on her creation and, through love, created life.

It was in this same way that God envisioned me, created me, stamped his name on my heart, and called me His. Just as Bonnie had had a vision, so too was there a vision for me. I may see myself as trash, but He only sees his beloved creation. And we, like lost and confused younglings who do not understand our worth, are prone to wandering off and jumping into the trash where it’s familiar and comfortable. But how this saddens Him, to see us run away from Him, feeling so devalued and unworthy! So, He sent someone to rescue us from ourselves, someone who would travel tremendous distances and make unfathomable sacrifices simply to reunite us with our creator. He sent us a savior.

So, I may be crazy garbage beans. I. AM. TRASH. But that’s okay because I am worthy.

I am worthy, for His name is written on my heart.